Randy started Singer Davis (then the Singer Legal Group) as a one-man-shop in 2009 and continues to serve as the firm’s managing partner. He has more than twenty years of experience as a trial lawyer and has served as lead counsel on numerous high-profile cases. His history includes thirteen years of litigation experience at Willcox and Savage, a 60-person firm in Norfolk, Virginia, where he served as head of the firm’s litigation section.

Randy is also a bestselling and award-wining novelist with fourteen books in print and he serves as Pastor at Trinity Church in Virginia Beach, a church that has grown to over nine hundred in attendance in three locations since its founding in 2007.

Randy graduated second in his class from William and Mary Law School and has been practicing law since 1986. He served as lead counsel in Farley v. Guns Unlimited, the first Virginia jury trial to receive gavel-to- gavel television coverage. He also served as lead counsel in the case of Miller v. Somerville, successfully representing the daughters of Hamilton Somerville in their quest to prove that their father had been poisoned by their stepmother. The Lifetime movie Widow on the Hill, and a 2016 Vanity Fair Confidential television episode of the same title, chronicled the circumstances of Hamilton Somerville’s death and his daughters’ quest for justice. His trial experience includes several trials that lasted multiple weeks and a few that lasted several months. He has litigated product liability cases (the crash of an A-6 Grumman attack plane), commercial cases (representing a popular cable network in a massive patent and shareholder suit), environmental cases (representing a railroad in the clean-up of a CERCLA site), medical malpractice cases (death of a patient from an undiagnosed ectopic pregnancy) and criminal cases (representing an off-duty police officer charged with malicious wounding and attempted murder). 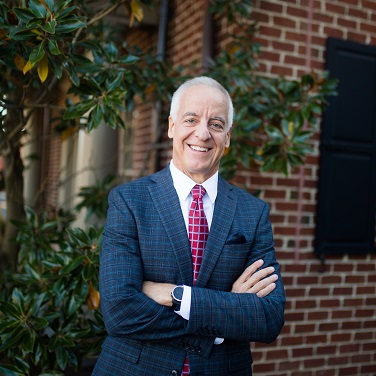 In addition to his active litigation practice, Randy also serves as Attorney in Residence and Director of the Singer Civil Litigation Practicum at Regent Law School. For the past five years, he has been named to Virginia Business Magazine’s list of “Legal Elite” litigation attorneys and has been named one of Virginia’s “Super Lawyers” in the area of civil litigation. He is presently listed by Super Lawyers (a peer reviewed rating) as one of the top 100 lawyers in Virginia.

About twenty years ago, Randy began pursuing a passion to write. Tapping into his courtroom experience, Randy pens legal thrillers designed to entertain his readers while confronting them with controversial ethical and moral themes. His first novel, Directed Verdict, won the prestigious Christy award in 2002. Randy was also named a finalist, along with John Grisham and Michael Connelly, for the inaugural Harper Lee Prize for Legal Fiction sponsored by the American Bar Association and the University of Alabama Law School. In 2015, his first stab at historical fiction, The Advocate, won the award for the year’s top Christian novel.

When Trinity Church was launched in Virginia Beach in 2007, the leaders asked Randy (who had been serving in leadership at the North American Mission Board) to come on board as the Teaching Pastor. In nine years, the church has grown to over one thousand in attendance across five campuses and is involved in ministry work in various parts of the world. Randy has told the church that he is willing to continue serving as Teaching Pastor until they find somebody who actually knows what they’re doing. In the meantime, he is a preaching lawyer: proof positive that God has a healthy sense of humor.

Over his career, one of Steve’s primary focuses has been commercial real estate leasing, representing both landlords and tenants in the drafting and negotiation of retail, office, and commercial/industrial leases. Steve also regularly represents both municipalities and developers in public/private partnerships and works on behalf of businesses and real estate developers in land use matters and the acquisition, development, financing and sale of commercial real estate projects. Steve also has extensive experience in structuring transactions and joint ventures, entity formation and general counsel representation and in negotiating and resolving business disputes.

Steve is regularly listed in Best Lawyers in America, Super Lawyers and Virginia’s “Legal Elite” and was previously named among Virginia’s Top 100 and Top 50 Lawyers by Super Lawyers. Like Randy, Steve views life, and therefore the practice of law, as a calling, and Steve previously served as the Facilitator of the Elder Board at Trinity Church, where Randy is the Teaching Pastor.

Rosalyn joined Singer Davis in September of 2012. Her practice focuses primarily on civil litigation and appellate work; however, she has also taken on a large portion of the firm’s growing estate planning practice. In her first trial, she was part of the team that obtained an $8 million verdict in a wrongful death and Virginia slayer’s statute action. In addition to her trial work, Rosalyn plays an integral role in the firm’s appellate practice, practicing before the Virginia Supreme Court and the Fourth Circuit Court of Appeals. Additionally, Rosalyn has worked on several of the firm’s high-profile white-collar criminal cases.

Rosalyn attended law school at the University of South Carolina. She graduated in 2010 in the top ten percent of her class and as a member of The Order of the Coif, a prestigious academic honor. While at USC, she served on the Law Review as an Articles Editor. A case summary she wrote, dealing with the Mandatory Victims Restitution Act of 1996, was published in Volume 61 of the South Carolina Law Review.

Directly out of law school, Rosalyn was hired by the Office of Staff Counsel to the United States Court of Appeals for the Fourth Circuit, based in Richmond, Virginia. She worked there for two years, performing research on pending appeals before the court and presenting proposed opinions before three-judge panels.

Beyond the practice of law, Rosalyn’s main interests revolve around three very important canines. First and foremost, her delightful golden retrievers, Dooley and Jarvis Jones. Second, the Georgia Bulldogs’ college football team; a love that was fostered through her undergraduate education at UGA where she earned a degree in Biology. Additionally, Rosalyn enjoys training for and participating in triathlons. To date, she has completed two Ironman triathlons.

Kevin participates in a wide variety of the firm’s complex civil litigation matters. In his time at the firm, Kevin has spearheaded the birth and growth of the counter-terrorism practice area involving litigation against state sponsors of terrorism and sanctioned companies on behalf of victims of terrorist acts and their families. Kevin and the firm have secured approximately $700M in civil judgments against the Islamic Republic of Iran and currently represent more than 200 victims and family members in pending or soon to be filed litigation.

Kevin is also kept plenty busy away from the office by twin boys and two daughters. He and his wife, Brittany, both New Jersey natives by birth, have fallen in love with Virginia Beach and are proud to call Hampton Roads their home. They serve their community through active involvement in Trinity Church and as foster parents with the City of Virginia Beach.

Maryam spent her last year of law school as a judicial extern at the Ninth Circuit Court of Appeals. Prior to that, she externed at both the United States District Court and the Civil Division of the United States Attorney’s Office for the Southern District of California. Maryam also spent a term studying international law abroad in Paris, France, and served as an Editor of a Westlaw Publication on International Investment Law. She was a member of the 2019 Class of Christian Legal Society Law School Fellows and served as Co-President of her campus Christian Legal Society in her second and third year of law school.  Despite being active in extracurriculars, she obtained the highest grades in Complex Litigation, Transitional Justice, Legal Writing and Research I, and Legal Writing and Research II.

Although originally from San Diego, Maryam is delighted to make her home in Virginia. She enjoys exploring local Virginia Beach restaurants and has been particularly enamored with the natural beauty of the east coast. She speaks four languages and is currently working on her fifth.